Home News A taste of our apprenticeships

As part of Science Oxford’s ‘STEM World of Work Programme’, on the 24 August 2015 we hosted a student interested doing an apprenticeship for a week so she could get a taste of what it’s like.

A taste of our apprenticeships As part of Science Oxford’s ‘STEM World of Work Programme’, on the 24 August 2015 we hosted a student interested doing an apprenticeship for a week so she could get a taste of what it’s like. MRC Harwell welcomed our first Science Oxford apprenticeship placement student, Chloe Manning from Wood Green School in Witney, on the 24 August 2015 for a week. Chloe gained a valuable insight into what it’s like to be a laboratory technician apprentice at MRC Harwell, and says her experience has made her want to come back during October half term. The placement is part of Science Oxford’s STEM (science, technology, engineering and maths) World of Work Programme, which in partnership with Oxfordshire County Council is seeking to provide young people in Oxfordshire with information and opportunities on careers in their local area. One way they are doing this is to set up STEM apprentice placements, which enable 17 year olds considering an apprenticeship gain experience at a local organisation during their summer holiday. It’s a great chance for them to see if an apprenticeship in a STEM career is right for them. During her time at Harwell, Chloe learnt many of the bread-and-butter techniques that are vital for our research. These included making up agar plates and buffer solutions, autoclaving glassware, using a microtome to slice up tissues embedded in paraffin wax, light and confocal microscopy and setting up Polymerase Chain Reaction (PCR). She was particularly intrigued by the robot arm we use to set up PCR plates, which can be pre-programmed for mass pipetting. As well as trying out these techniques herself, she got to see how and why they were used. On the Tuesday, she had a trip out to see how the microscopy she had learnt about were used for research at Rutherford Appleton Laboratories, just down the road from us. Chloe’s final day was spent in the Mary Lyon Centre, which houses our animal facilities. After she had changed into scrubs and passed through the air shower, to prevent the entry of any potential disease-causing agents, she was taken on a tour, where she got to see how the mice are kept. Chloe says she really enjoyed her week at Harwell, and is looking forward to coming back. This has been the first time we have hosted one of these apprenticeship placements, and since it was so successful we hope it will provide a great taste of our apprenticeship scheme for others in the future. 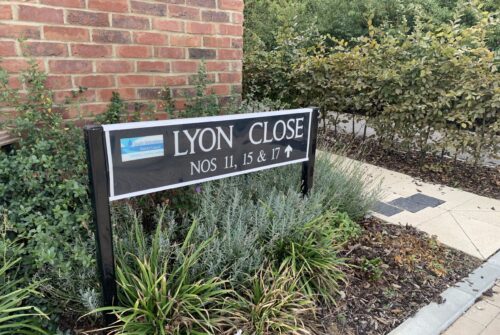